Michel Salgado hung up his playing boots back in 2012 but this does not mean that his time in the world of football ended as the Spanish retiree continues staying up to date with everything that is going on in the sport and has been in different roles. 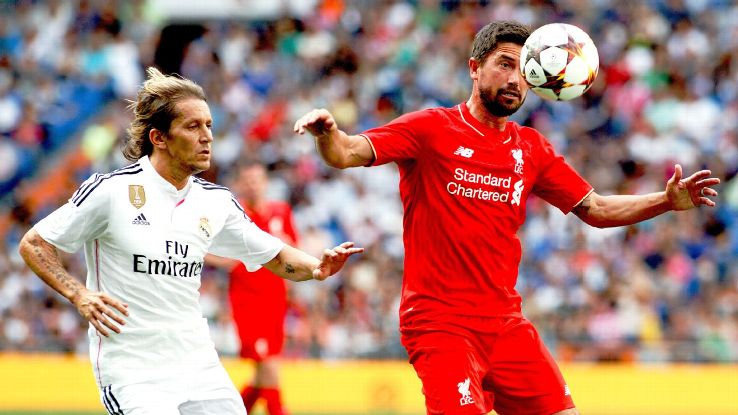 Youth coach, commentator and La Liga ambassador are some of the jobs that Michel Salgado has taken up since retiring 5 years ago.

The latest task that Michel Salgado accepted was becoming co-owner and president of Gibraltar United FC and he has recently talked about his latest enrollment as the former Real Madrid player said:

“It is a special day in my life. I have been playing football for a long time and I miss it a lot, I miss the competition. This is my first adventure as an owner of a club. I am really glad to be in Gibraltar, it is such a special place. That is why we chose Gibraltar United. I am really looking forward to working here, and to bring my expertise in football and try to produce something positive for football in this country. That is the real aim.”

The Swiss Turicum Bank was also recently announced as the club’s main sponsor while Michel Salgado became the director of the club based in Gibraltar.

Gibraltar United has positioned themselves at the 7th spot of the Gibraltar Football League with 20 points collected from their 25 initial matches played. Michel Salgado is hoping that with his experience not only as a player but also from the rest of the various jobs that he has performed in can help in the development of Gibraltar United as a club that can not only turn into one of the highest rated of their domestic league but that can also be capable of competing in big European competitions such as: the UEFA Champions League and the UEFA Europa League.