After spending a decade of his career playing for Real Madrid, defender Michael Salgado had moved to a new club Blackburn rover where he played for three years in the English Premier League. 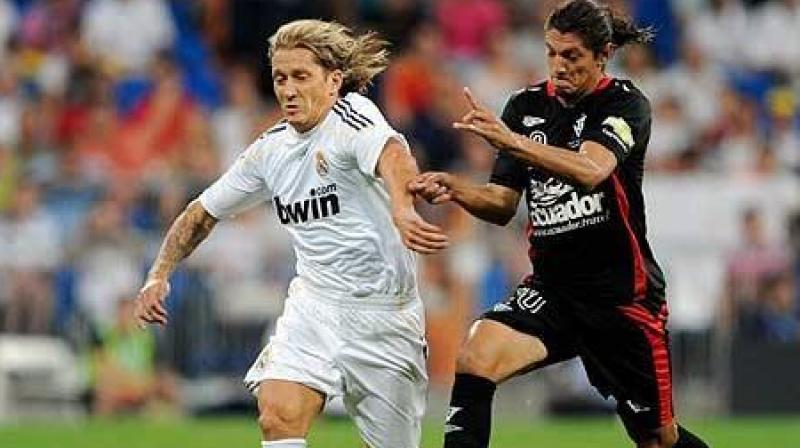 During this time, the defender made a total of 53 appearances for the Spanish national team. The former Madrid star, who has won several titles playing with the club, has signed a three-year contract to play in premier Futsal. In doing this, Salgado has become the latest footballer in a series of many other players who have confirmed their participation in the first-ever multinational Futsal league in the world way ahead of its first season.

During his time in Madrid, Salgado was a part of the club’s notorious star studded squad. A team that included the likes of David Beckham and the legendary French player Zinedine Zidane, he was part of the team that had won two UEFA league championships, four La Liga titles and an intercontinental cup.

After all his accomplishments at real Madrid, Salgado moved on to England to play for the Blackburn rovers. He has also played at several international outings for Spain.

The confirmation of his participation in the premier Futsal is a major plus for the league, other players that have been confirmed to be set to participate in the league include Paul schools(former Manchester united star) , Anderson Lu’s de Souza commonly known as deco (Barcelona and FC Porto champions league winner) and Alessandro Rosa Viera better known as Falcao.

“Futsal is an extremely underrated sport. It has been the breeding ground for some of the biggest names in football the world over and I’m glad premier Futsal India is creating a platform that can showcase the sport and give its due.

“I’m really looking forward to reliving those old days and reigniting those old rivalries, this time, on the Futsal court,” he added.